3 Scottish books reviewed by our past Chieftain Alan Macdonald 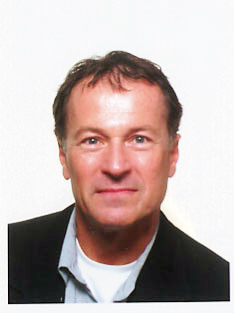 In the grip of Covid we certainly need distractions. There are only so many box-sets that you can watch on television. Why not go for books. Why not great books by great Scottish authors.  Scotland’s authors have had a spectacular year winning Pole prizes in the literary field over the last 12 months.  Here are three: 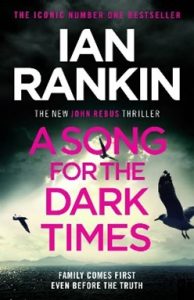 Ian Rankin is first on the block. The new Rebus novel – A Song for Dark Times – sees our Edinburgh law enforcement warrior once more in post-retirement and now with increasing levels of frailty and a whole series of health issues. He cannot make the stairs any more and has to move into the downstairs flat. Even the SABB shows significant signs of not being able to handle much more than local trips.  The baddies, in particular, are beginning to show weaknesses in judgement and inn health. Big Ger is a much-changed character.  The new Rebus reads well and contains all the sub plots that you would expect to find in a Rankin novel. This time though it is close and personnel but only in the way that you would expect from a Rebus whodunnit. His daughter steps into a fray of deceit which is interwoven with dodgy deals by Scottish land owners who somehow have convoluted relations with gangster Big Ger.

This is a highly readable book and a genuine gripper. Recently interviewed in the London Times Rankin admits that he does not know quite what to do with an increasingly frail Rebus in post-retirement. He bleakly states that he cannot bring himself to kill off the character.  A next book will surely come, but what sort of a Rebus are we likely to see?! 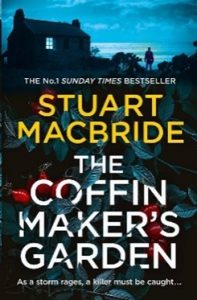 Stuart MacBride’s The Coffin Makers Garden is another gripper but in an entirely different genre.  The style and the content fall firmly into what is now known as “Granite Noir” – dark stories from the granite city – Aberdeen.  A whole “noir” style of writing has emerged from around MacBride’s style of writing. A “granite noir” festival was recently held to celebrate and promote the genre. Like Ranking MacBride has had enormous success. He is a No. 1 Sunday Times best-selling crime author.  His latest gripping new 2021 suspense thriller released in hardcover on 7th January 2021 sees the third in a series of criminal detection novels featuring ex detective inspector Ash Henderson.  Henderson is a hard man but physically flawed and is dependent on a walking stick. The Coffin Makers Garden commences in a profoundly “granite noir’ setting. The reader is immediately thrown into the midst of a massive storm battering the Scottish Coast. The coastline is under serious impact from wave action and is gradually crumbling into the Ocean.  An horrific find is unveiled with human remains in proliferation and a killing room.  Not for the faint hearted but the book has sharp interplays of wit and dark humour between its leading characters which introduce relieving lightness as the circumstances of crimes are unveiled. Definitely a must read and a book that cannot, without difficult, be put easily down.

This is a biography far from the noir genre describes above. Richard Haldane, ultimately to be known as Viscount Haldane was a Scot, a great intellect and an accomplished politician.  Born in 1856, Haldane came from a line of prosperous and earnest Scots. He was educated at Edinburgh Academy and subsequently at the city’s university. In his later years Haldane held his own when criticised by Churchill for his girth – Churchill was by far the portliest.

John Campbell, the author, is a 72-year-old City financier who has done an excellent job in assembling the detail of Haldane’s achievements and laments that his role and stature is largely forgotten today. Reviewers, although probably from a somewhat what esoteric standpoint, argue that it is wrong to describe him as forgotten, because every historian recognises his achievement as the secretary of state for war from 1905 to 1912 in the Liberal government.  It is generally conceded, however, that few people today appreciate the magnitude and magnificence of Haldane’s contribution to British life.

Haldane wryly claimed to have been the only English member of the German cabinet after meeting Kaiser Wilhelm II and his ministers at Windsor in 1907 — and subsequently entertained the Kaiser and his generals at his London home. Raymond Asquith described him as having the body of Nero and brain of Socrates. More than a century ago he campaigned for hereditary membership of the House of Lords to be replaced by “an elite of talent”.

Haldane had the ‘body of Nero and brain of Socrates’

Haldane laboured at promoting philanthropic projects, aided by close friendship with the Rothschilds and others. He argued that education was the best investment for any country’s money; that all decisions should be taken as close as possible to the people they affect; that realism must be balanced with idealism. He strove to gain cross-party support for important policies.

In his introduction the author states that the biography: “aims to offer an example of statesmanship that we so vitally need today.”  Given the robustness of today’s British leaders the author may have a point.  Indeed, in the second half of the 20th century more than a few people of his kind were still found in parliament. People capable of thinking beyond their own corner and their own self-interest.

This is not a “read” of the sort offered by Rankin and MacBride, but it is nevertheless hugely informative and a good account of a truly great Scot tempered by some great anecdotes. 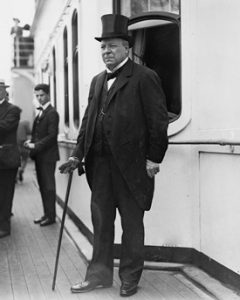 Thus far I have found that Book Depository gives the best discounts on the above books. But do shop around